Don’t Get Stabbed!: The Party Game Where You Get to Kill Your Family and Friends (for Pretend). Exciting Adult Card Game for Horror Movie Fans! 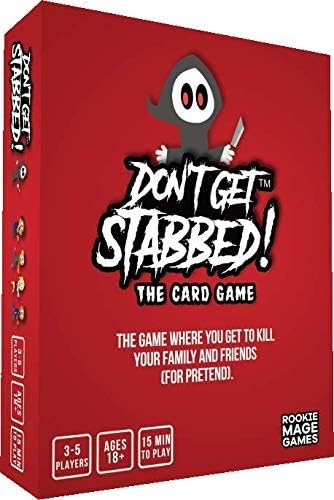 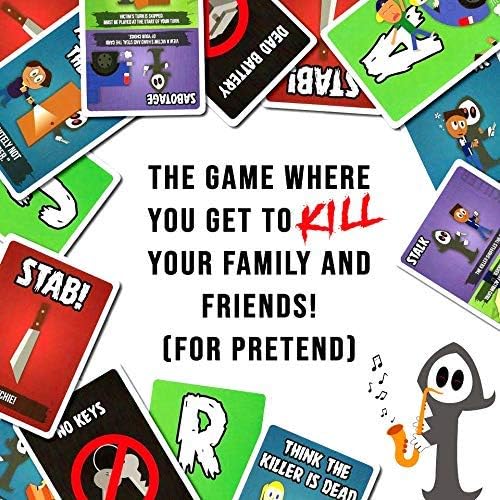 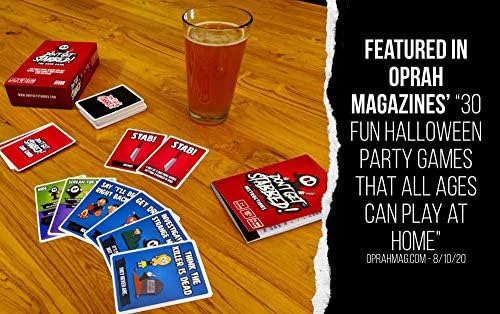 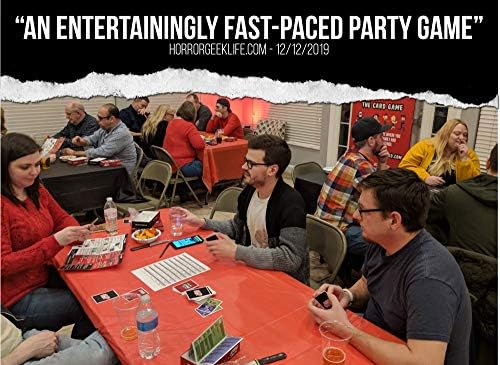 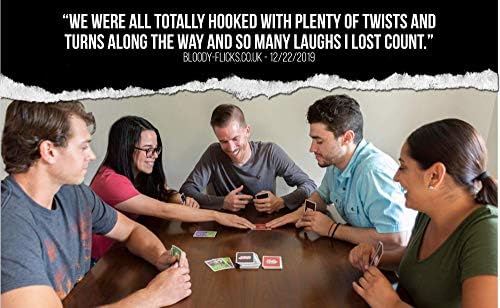 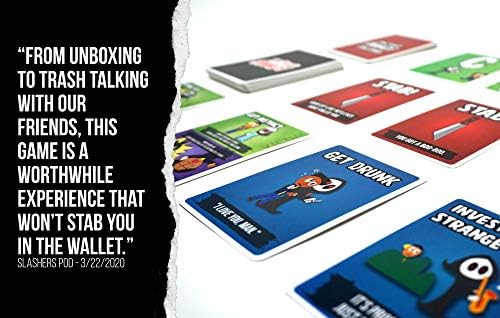 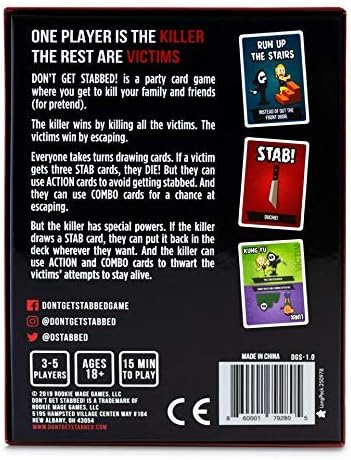 Have a killer game night this holiday with DON’T GET STABBED! The party game where you get to kill your family and friends (for pretend).

Inspired by horror movies but light-hearted enough for everyone to enjoy.

One player is the killer. The rest are victims.

The killer wins when all the victims have three Stab Cards. The victims win by escaping.

A exciting card game for adults or as a gift for a horror fan. One of the best Halloween Games!

If victims get three of these, they die. But if the killer draws a Stab Card, they get to put it back in the deck wherever they want. The killer wins when all the victims are dead.

Victims use these to avoid getting stabbed. The killer uses this to make sure they do.

If victims get three cards to spell out “CAR”, they escape and win the game.

Jordan McLaughlin founded his company, Rookie Mage Games, in 2018 to bring his passion for rambunctious fun to others.

Born and raised in Central Ohio, Jordan was the kid that organized the superhero games at recess and made his cousins perform in plays he wrote (which they loved but refuse to admit it).

Jordan watched his first scary movie at a friend’s house when he was 14 (don’t tell his parents). He was instantly hooked and quickly became a fan of slasher flicks from the 80’s.

Jordan worked late evenings at the public library to create DON’T GET STABBED! He designed the mechanics, created the artwork, and planned production himself.

Jordan currently resides in New Albany, Ohio with his partner Alex, who is really tired of being forced to playtest new game ideas all the time.

KILLER GAME NIGHT – Don’t Get Stabbed! is a party game where you get to kill your family and friends! … for pretend of course. It’s inspired by horror movies of the 70’s, 80’s and 90’s, but is light-hearted enough for everyone to enjoy. The ultimate Halloween game!
A FRIEND VS. FRIENDS GAME – This entertaining game is playable for 3 to 5 players. One person is elected as the killer (whoever is the most evil in your group) and the rest are victims. The killer wins by killing all the victims. The victims win by escaping.
HILARIOUS ARTWORK – The average player will love this game for its gameplay! The horror fan will love the art on many of these cards which features classic horror movie tropes. There is tons of fun in playing this game and in its artwork.
ADULT PARTY GAME – It may look cute, but like most horror movies it has topics you probably don’t want your children knowing about. For ages 18+.
WHAT’S IN THE BOX?! – Included in the box are 64 Main Deck Cards and 13 Car Deck Cards printed on premium glossy playing cards (2.5 x 3.5 inches), for a grand total of 77 cards. Also included is one instruction booklet.

Be the first to review “Don’t Get Stabbed!: The Party Game Where You Get to Kill Your Family and Friends (for Pretend). Exciting Adult Card Game for Horror Movie Fans!” Cancel reply

KLASK: The Magnetic Award-Winning Party Game of Skill – for Kids and Adults of All Ages That’s Half Foosball, Half Air Hockey

Double Ditto – The Hilarious, Award-Winning Family Party Board Game for Adults, Teens & Kids (8 and up)

Minute of Fun – The Super Fun Game of 237 1-Minute Challenges for Duels, Teams and Parties – Family Party Game for Kids and Adults

Added to wishlistRemoved from wishlist 0
Add to compare
$29.99

Don’t Get Stabbed!: The Party Game Where You Get to Kill Your Family and Friends (for Pretend). Exciting Adult Card Game for Horror Movie Fans!