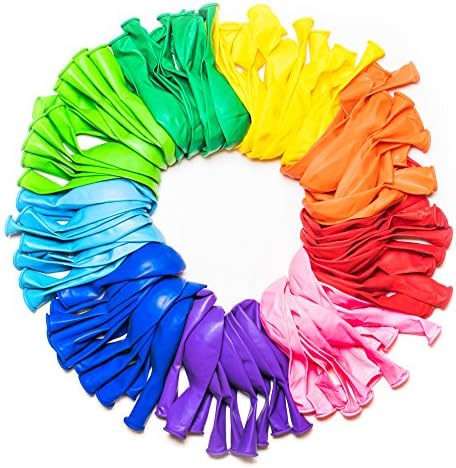 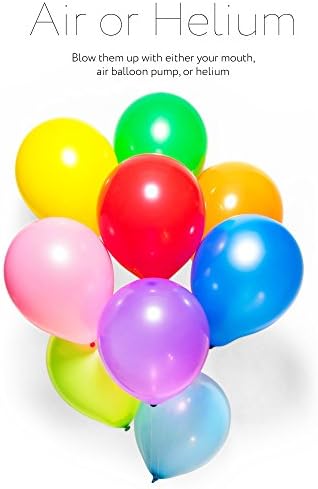 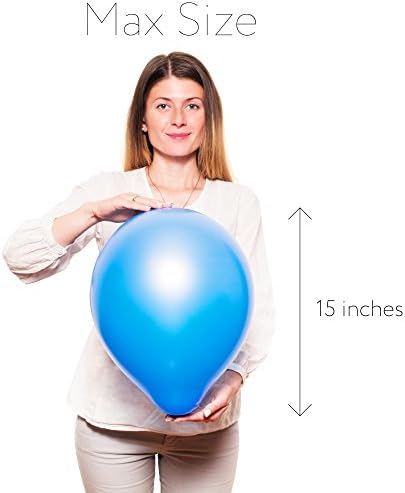 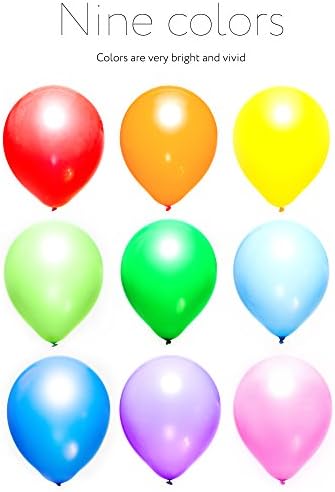 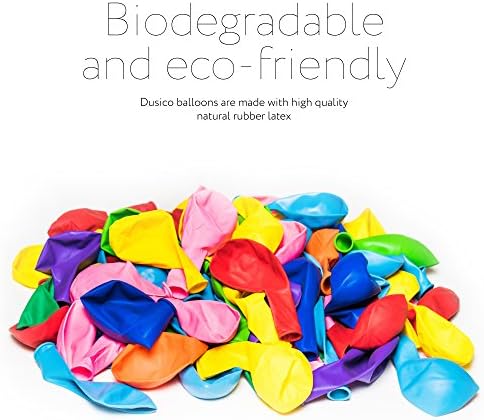 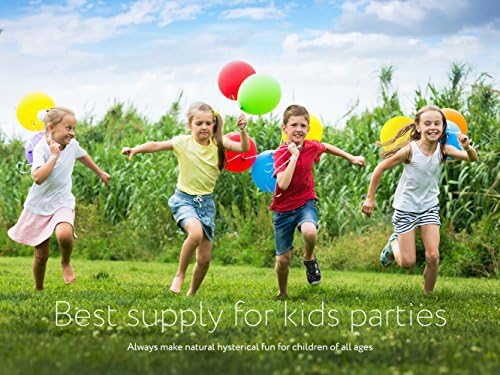 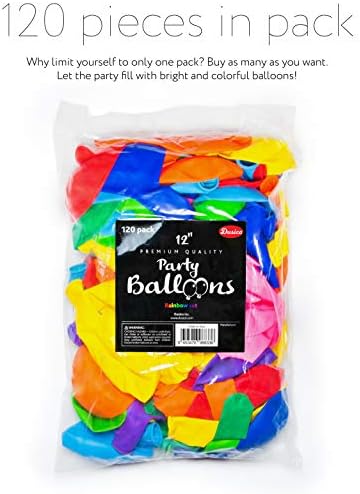 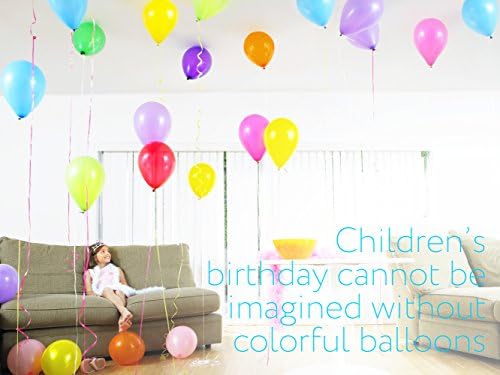 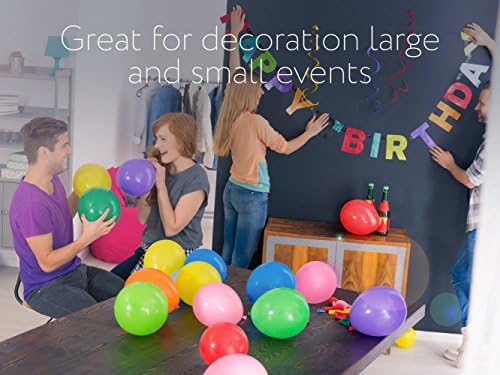 Latex
Party balloons are made with strong natural rubber latex. It is best birthday balloons for kids party
Contains 100 pcs variety colors balloons. Latex balloons have been rigorously tested and selected manually
Use colorful balloons for decorating birthday party, rainbow party, unicorn party, baby shower, bridal shower
Helium balloons are the best party favors for kids multi colored parties, supplies for balloon arch and trolls party
Colored balloons are the best party accessory for all ages, blow them up with either your mouth, pump or helium

Added to wishlistRemoved from wishlist 0
Add to compare
$13.99